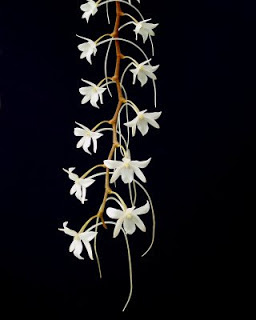 May 30, 2008- Deep South Orchid Society- hosts their Orchid Show" Orchids in the Garden" I entered three photos of Sandy Hardy's flowers, and won a first, second and third place ribbon. My print "Modest" won the Rick Raines Award for Best in Class. Thank you Sandy!

March 2008- My print"Passion's Play" was a big hit at the Silent Auction for First City Network's Annual Oyster Roast. Thank you so much Jane and Penny, for giving "my girls" a new home!

March 2008- Horizon Gallery, 206 East Bay St. is displaying several of my prints. They are focusing on local Savannah artists, and have a great location!

January 2008- Southern Most Hotel in Key West, Florida, will begin using one of my photos for an ad in She Magazine in south Florida, and on their web page. Thank You Southern Most!

October 26, 2007- I now have several prints on display for sale at Dimensions Gallery at 412 Martin Luther King Blvd. Savannah.This is a new gallery that is dedicatedo providing local and developing artist with a place to showcase their art”. Cryselle Stewart the curator was gracious enough to ask for several pieces to be on display in the front room of the gallery. THANK YOU CRYSELLE!!!!

October 22, 2007- I entered two of my photos in "The National Arts Program In Savannah".This is a yearly employee and family art exhibit/award program showcasing indigenous art of America. It is a basic people program for employees and their families of municipalities, countries and commercial organizations. The program is in its 25th year. A reception and presentation of awards will be held on November 9,2007 at the S.P.A.C. E. Gallery, 9 West Henry Street. All works will be on public display from November 9-January 4, 2008. I have posted a link to the website, on my Links page

Key West WomenFest 2007- Please e-mail me for the password...this website is rated "G"

August 18, 2007-Thank you Brenden!! I now have several photos on display at the Kayak Kafe’- located in the Lobby of the Downtown Athletic Club at 1 East Broughton Street, Savannah, Georgia.

July 20, 2007- The "Opening Party" at smooth was a success and thanks to all that attended, and another thanks to those that made purchases! The photos will be up Mid July thru mid Sept. at "smooth" 143 Bull Street, Savannah.

April 28, 2007- got some very good shots at the PBR Bull Riding event at the Savannah Civic Center. The 'Bull" manager inquired about photos for his web site http://www.gangsterbulls.com/

April 25, 2007- Spoke with Susan Jaffie of 'Smooth" a new smoothie, coffee, and internet cafe that is located at 143 Bull Street downtown Savannah, Georgia. In mid July to about mid August, I will have several photos on display for the month. We also discussed an 'opening' evening. Whoo hoo!

April 1, 2007- WIN Fest 2007 Opening of "A Day in the Life of an Artist" at the Telfair Arts Academy. My print of Leslie Adele'- local soul, jazz & funk singer is on display for two weeks.

March 29-April 1, 2007- Spent the weekend shooting photos for the Historic Savannah Foundation's 7th Annual Savannah Garden and Antique Exposition. To include the Thursday night Preview Party, Friday night Wine Tasting Party. Saturday’s Walking Tour of Gardens and the Sunday Jazz Brunch. They included several photos in the HSF news letter, and will be posting some to the web page.

Spring 2007- I participated in several evening photography courses at AASU that were given by Paula Williamson. Thank you Paula for opening my eyes and mind...old dogs can learn a few tricks ;)

January 2007 -Participated in the “Women’s Independence Network” aka WIN Photojournalism Workshop held at the JEA. The theme of this class is, "A Day in the Life Of a Woman Artist". This was a wonderful workshop. I got to meet some great people, learn, and push myself into parts unknown. Thank you to all involved!
« Previous Post Next Post »